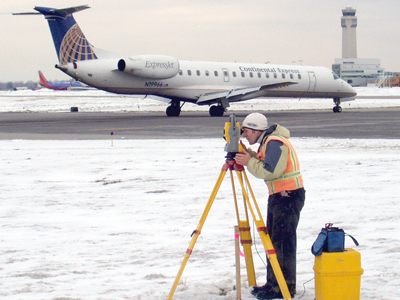 Accurate Data and Measurements Were Paramount to Construction

The backbone of the de-icing facility is an enormous concrete pad that supports moving aircraft above and the glycol recovery system below. One of the most complex components of the project was to install the concrete pad to provide adequate drainage, yet maintain a surface grade of no greater than 1.5 percent needed for airport
operations.

KS Associates used a digital terrain model and design drawings to calculate staking points and to establish grades for more than 50 acres of paving.

More than 20,000 points over the 170-acre project site were calculated, checked, set and re-checked to provide accurate stakes indicating cut-and-fill rates. Intense coordination was required among field crews, in-house surveyors, designers and contractors to keep up with the fast-paced schedule.

The project began in September 2005 and the facility was operational just one year later. One of the greatest challenges to meet the intense schedule was to stay one step ahead of the construction contractor to avoid delays. Without the staking and measurements being collected by KS Associates’ survey crews, Independence Excavating could not proceed with the pad installation. During the peak of construction, from March to September 2005, surveyors logged 975 hours of overtime to meet the schedule.

Surveyors were also constantly surrounded by moving aircraft and construction equipment — up to 100 construction workers were on site at any given time. Surveyors were required to coordinate their schedules around airport operations and other project activities. Taxiway closures left small windows of time in which surveying activities could continue, sometimes at night or in challenging weather conditions. 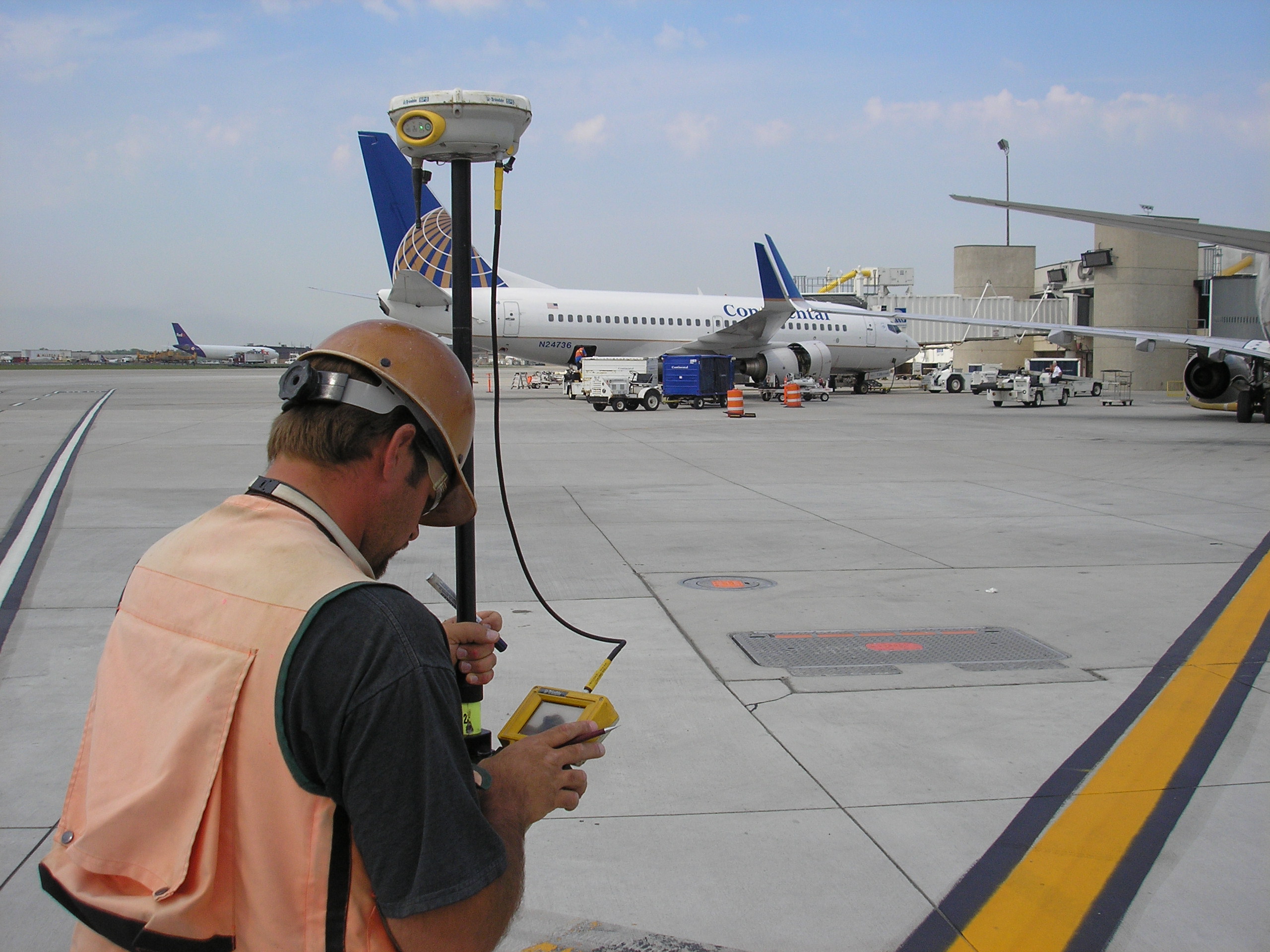 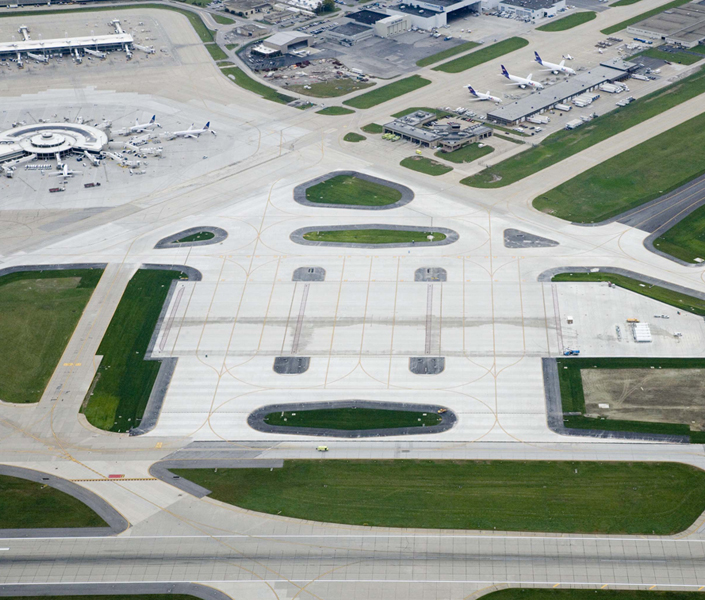 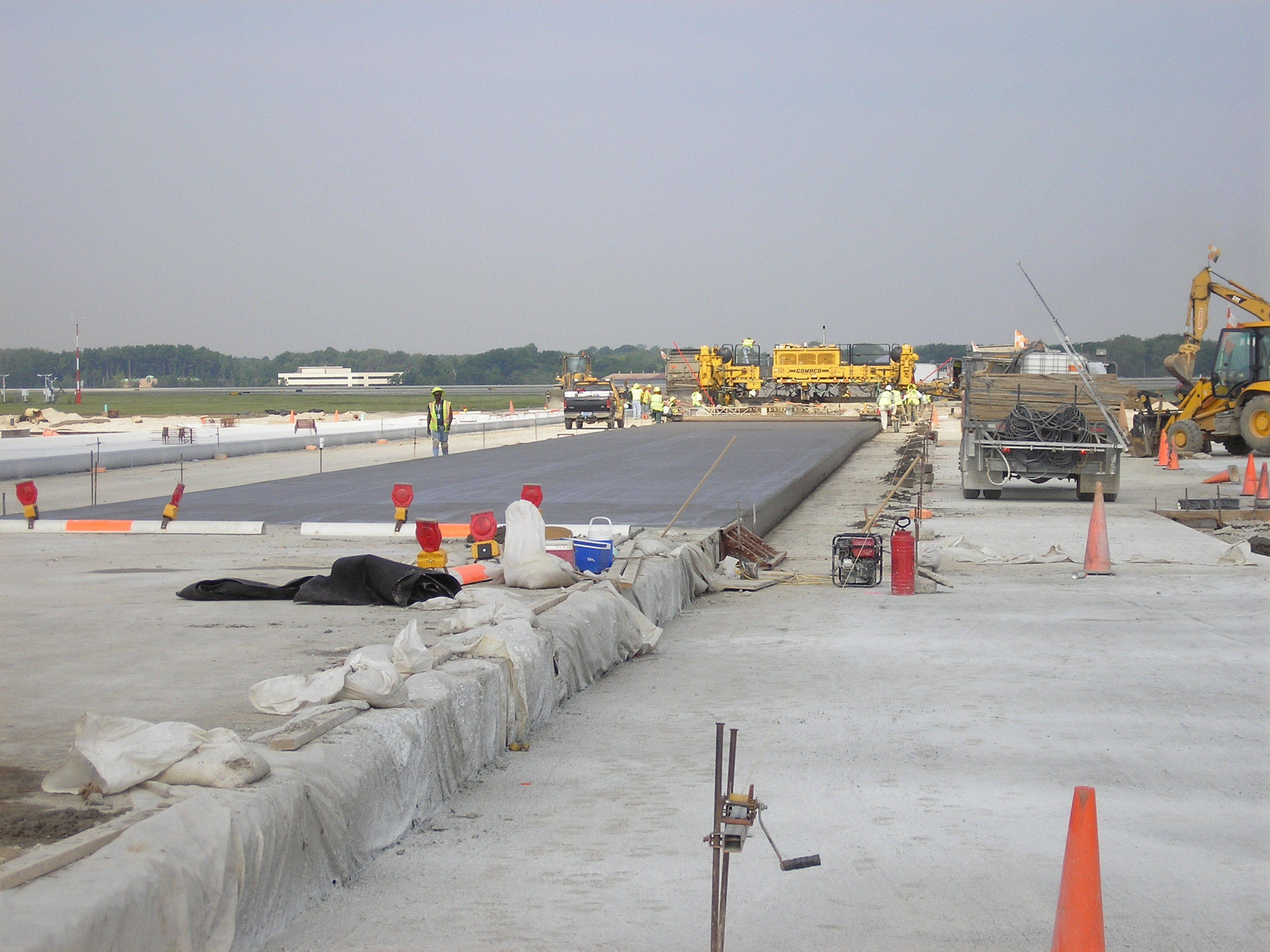 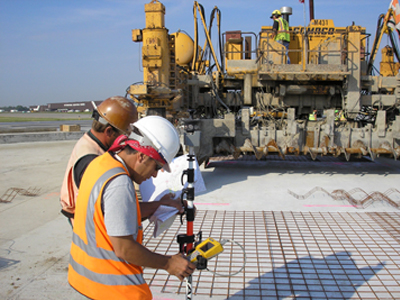