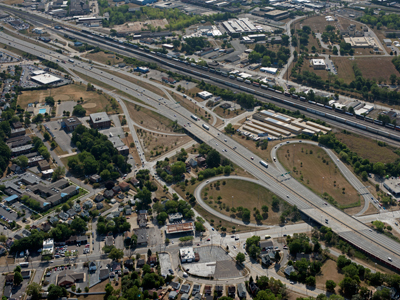 The scope of work included the replacement of deck, approach slabs and back walls; increasing under clearances; and converting to semi-integral abutments. Engineering services included developing plans, specifications, and cost estimates in accordance with ODOT PDP.

One of the first steps was to obtain a topographic survey of the bridges and associated roadway infrastructure, gathering details of existing conditions. KS Associates used a combination of 3D laser scanning and Mobile Terrestrial LiDAR. KS Associates utilized a static scanner to capture details of the bridges’ superstructures and deck surfaces. The scanner was effective in checking bridge clearances, capturing information on as many as 18 beams at each bridge, which are critical to the design. The survey team then utilized Mobile Terrestrial LiDAR to acquire pavement, sign, and guardrail locations. A scanner secured to a vehicle driven at legal highway speeds captured an vast amount of detail for more than 19,000 feet of freeway and 12,000 feet of ramps and side streets.

KS Associates also developed a Maintenance of Traffic Alternative Analysis (MOTAA) for this project. Our team also developed four rehabilitation Alternatives and one recommended Alternative, which maintained all eight lanes of I-90 traffic.

The MOTAA was completed early on, in PDP steps, to help determine the most efficient MOT strategy. Merging onto I-90 (WB) at East 185th Street or exiting I-90 WB and entering I-90 EB at East 200th Street during heavy peek time traffic was the team’s focus during development of MOT plans. The Local Street traffic flow during morning rush hours were challenging and needed to be part of planning for the MOT strategy.

The PS & E package was submitted in December 2016. KS Associates also provided as-needed consultation services for the duration of construction. The project was constructed in 2019.

This project is an excellent example of how 3D laser scanning can reduce site visits, minimize the impact on traffic, and maximize safety. 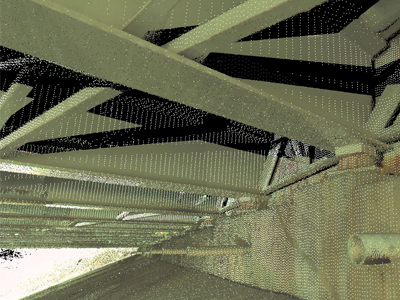 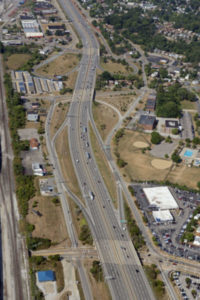